Will This Satanic GIF Spell the End of Fox News?

Investigative journalist Laura Loomer has uncovered evidence that should raise eyebrows as well as more questions. Loomer has discovered some nefarious ties between the Mandalay Bay CEO to Muslim terror organizations. As for the Las Vegas shooter’s ties to Islam-there are dots, but no solid proof yet.

Immediately after the massacre, the Mandalay Bay Hotel began to remove  all of Stephen Paddock’s records.

This could have been per the order of law enforcement. Perhaps they were simply hiding records from prying eyes. If not, and the records were deleted, the big kahunas at the Mandalay Bay Hotel were obstructing justice.

Laura Loomer asked on Twitter, Why is the resort deleting evidence of #StephenPaddock‘s reservation records?

Why is the resort deleting evidence of #StephenPaddock‘s reservation records? 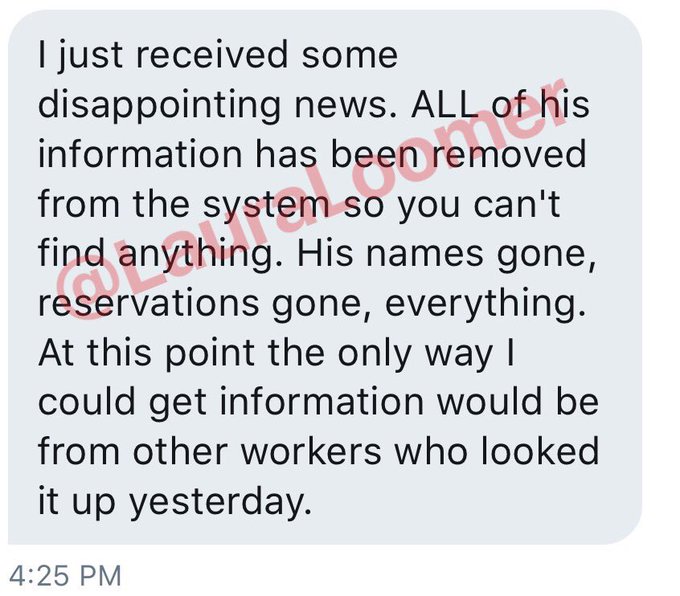 Laura Loomer reported that Jim Murren, the CEO of the  MGM that owns Mandalay Bay Hotel has not only solicited money for anti-Trump organizations but also to pro-Islam terror organizations.

Specifically,  CEO Jim Murren circulated an internal memo that stated that he would match donations to CAIR ( a terrorist organization) and the ADL-a very anti-Trump, pro-Islamic organization.

Side note-although a “life long Republican,” Murren was a Hillary supporter and anti-Trumper. His wife Heather served in the Obama Administration.

It seems insane to imply that The Mandalay Bay Hotel would cater such an event.

If they were involved, why wouldn’t they commit the crime at someone else’s location? The answer may be pure arrogance that they could cleverly cover their fingerprints. But also, they would have needed their own controlled environment in order to be able to smuggle so many weapons into the room and not have them detected by maid service.

Another reason why it would seem insane is that they could not foresee or care about the tremendous financial loss that would occur as a result of the shooting.  MGM has lost close to a billion dollars in its stock value since the incident.

On the other hand, Globalists have deep pockets. Perhaps for them one or two billion will pale in comparison to the epic cha-ching jackpot when sovereign nations are destroyed and the New World Order is in place.

The Las Vegas Shooter’s Ties to Islam-not so clear.

Just a few days following the event Sheriff Lombardo told reporters that Paddock may have been “radicalized.” This is a term used exclusively for converts to Radical Islam. It’s not clear if the use of the word was intentional or a slip.

“No evidence” of ties to Islam.

The FBI immediately stated that Paddock had no ties to Islam. It would have been more prudent to say they’re investigating.

At any rate, it wouldn’t be the first time the public was told an attack was not related to Islam-only to find out later that it was a lie.

To jump to such a quick conclusion that there are no connections without a proper investigation is reckless. Actually, it’s impossible to make that conclusion so quickly. In 2009 Obama had the DHS scrub the records of all Muslims’ ties to terrorism.

Within hours of the shooting ISIS took  credit for the massacre.

ISIS claimed that Paddock converted to Islam several months ago. They have hailed him as a “soldier of the caliphate” and gave him a “kunya,” which is a name given to their most revered soldiers. His kunya  is Abu Abd al-Bar al-Amriki (the American)

It is widely recognized that ISIS does not take credit for random incidents. However, many are questioning their repeated claims, especially since there is no proof. But as mentioned in a previous post, it’s no skin off their teeth to take the blame for their Globalist allies. See “Las Vegas Shooter’s Motive: Interesting But Irrelevant.”

However, it is quite possible that Paddock was not an ISIS soldier, but a patsy.

If so, then it could be that the  Globalist’s plan to point the finger at foreign terrorists rather than (Shadow) Government sponsored terrorism will not fly.

Although Islamic ties are being dismissed, it’s odd that his girlfriend was recently in Dubai around the time that ISIS claims he became a soldier.

She was conveniently in the Philippines when the massacre took place. Her sister claims that Paddock “sent her away.”

Although she was his live-in girlfriend, she is stating that she had no idea about any of it. However, given the amount of guns, ammo, and bomb making materials found in their home, that’s hard to believe.

It’s true that people react differently during times of grief or stress. But the last reaction you’d expect from someone who just found out that their live-in boyfriend committed the worst gun massacre in US history is “relaxed.”

Yet that is how her own brother described her. He said she didn’t seem surprised or scared. “I called her up immediately and she said, ‘Relax, we shouldn’t worry about it. I’ll fix it. Do not panic. I have a clean conscience.” I’ll fix it.  Very odd reaction.

A week before the shooting Paddock sent his girlfriend $100,000 to the Philippines. Danley claims that he told her to buy a house for her and her family with it.

The location of the wire transfer is interesting  because the Philippines is a major  ISIS hot spot.  ABC News headlines read,  “Islamic State fight in Philippines is a threat to Australia and region.”

That said, it’s not like ISIS needs support from some pudgy old coot. 100K is pocket change for them. Although if Paddock was a money launderer and the girlfriend was a money mule, it could add up.  It definitely doesn’t seem like the greatest location for a real estate investor to do some “house flipping.”

It’s important not to ridicule people for trying to figure out what the Hell happened. It’s called analytical thinking, or problem solving.  Since it is still America, we can choose to exercise our brains, in spite of the 24/7 mind numbing MSM drip.

The last  thing the Powers That Be  want is for us to keep asking questions.

There is no separation between the Radical Islamists and Alt-Left forces of BLM, Antifa, Feminazis, and other Soros-funded NGOs. They are all idiot armies marching to the drum of their Globalist masters.

We don’t know everything and we may never know everything regarding this horrific event. However, we do know there’s been an ongoing coup to topple our fairly elected President. And we do know that the Globalists are in the process of destroying sovereign nations utilizing ISIS, weaponized NGOs, “Liberal” domestic terror groups and civil unrest.

We know we’re at war. We just don’t quite know what to do about it yet.

For sure… this is no time to grab our guns.

Will This Satanic GIF Spell the End of Fox News?

Yes, IMOwired is another Conservative blog. But it's not the usual commentary and clickbait headlines. There's a lot of scattered information out there. IMOwired researches important issues and helps to connect the dots. There's a great deal of time and effort involved in researching topics and offering trustworthy links. The links to respected sources gives readers the comfort level needed to share posts to get the word out. And support some arguments:)